Some of you may be wondering where the rest of the features are that were promised in Update SPORTS with Hive Engine Features and I'm here to say that I'm still working to get them sorted out. I have however ran into issues during the upgrade for how things can actually be distributed through the distribution contracts. For that reason I wanted to share this post to give an update on what's been holding me up and to start a conversation on how to move forward.

It turns out you can not fund the DAO with existing SPORTS as I was planning to do with the funds from @sportsprojects. The contract can only issue new SPORTS and not just distribute funds that are already created elsewhere. This makes it impossible to follow the plans exactly as I outlined in the update post.

I also found out the hard way that the distribution contract for our LP rewards does not just automatically get processed as new inflation as I had believed and written about in the update post. When using inflation these funds actually originate from the DAO contract. This means that our DAO inflation pool essentially has to be the size of all non-content based inflation to allow it to distribute out the LP rewards plus any other projects it funds. Unfortunately, using the parameters I outlined in the update post, our one LP rewards pool would absorb everything in the DAO.

Fortunately these are all fairly easy problems to fix. Since the Hive Engine contracts allow for editting the parameters we can just change things around and move forward with the new values. We just need the agreed upon path that we should take forward. 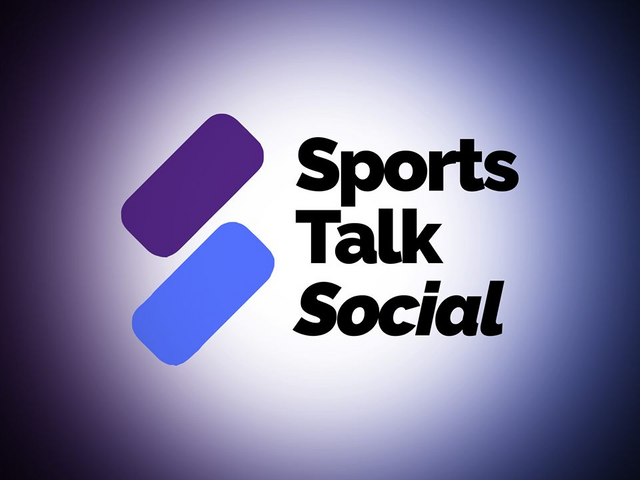 How Do We Proceed?

As I alluded to before this just needs updated values that allow for our new DAO to have enough inflation allocation to provide for the features we want it to be able to do. This just means agreeing on how many tokens should be going out and to what parts of the platform.

I've always believed that the most important value that we keep is a steady inflation value. This ensures that new users aren't given less chance of obtaining value in the ecosystem against established players or that new users don't flood out the voices of the established stakeholders. For that reason I think that we should try to maintain a similar level of roughly 1B tokens per year to be distributed.

In the past this was done through automatic disbursement of roughly 800M SPORTS/year to content creators and curators. We also had various projects that were already primarily funded by @sportsprojects (burn projects, referees, etc) that would run that number higher per year to get us closer to that 1B approx distribution.

The easiest route we could take would be to leave content rewards alone and then increase the DAO funding to 200M/year. This would still allow for 100M/year from the DAO to move towards LP Rewards for SPORTS:SWAP.HIVE and still have 100M/year to fund projects through the DAO. The funds in @sportsprojects would then be burnt since they would be redundent to the DAO and no longer needed.

That would be a fine method of moving forward as we stand but it doesn't work as well if we wanted to have additional LP rewards for other future SPORTS Diesel Pools. Then we'd have to either lower the amount paid to the existing diesel pool or again run out of DAO space between two LP rewards. That's why I think this might be the right time to consider a larger change for the distribution schedule of SPORTS.

I think Hive goes to show what a successful project distribution schedule can look like. This makes me want to immitate a lot of those successes to help us grow. Taking that into account if we look at Hive we see it follows the following breakdown: For anyone unable to see the image above it breaks down as authors take 32.5%, curators 32.5%, HP holders 15%, witnesses 10% and the DHF gets 10%. This allows Hive to still distribute the majority of tokens to content but allows for all of the other projects sufficient funding levels.

I think Hive's success has proven that it's model is well equiped to lead the chain in the future. For those reasons I would like to immitate that model and move us to an inflation distribution that would look as follows:

That would allow us to still distribute 325,000,000 rewards/year to authors and another 325,000,000 of rewards/year to curators for providing the content that drives the ecosystem. The 35% allocated for the DAO would mean we'd have enough to do 100M to LP rewards for both SWAP.HIVE and SWAP.BTC pools while still having more available to allocate to projects as needed. Additionally we'd be burning the rest of @sportsprojects instead of allocating it to any pools in this model.

What Do You Think?

I like the idea that newcomers to the platform won’t necessarily be drowned out by the first token holders.

I did not know that this project was still growing and I am glad that it is.

That's always been a key mentality for me when laying out any changes to how much inflation is coming in. If Hive continues the adoption rate its been on the last few months the users of these communties are very early adopters. If we shut out new users now then we'll be setting ourselves up for failure when the masses really come.

Most of all, I like the improvement going on, it shows we aren't stagnant.

I guess I'll have to come back again to reread this because I still can't wrap my head around it fully.

All the same, I'm coming from the perspective of an investors who wants to provide liquidity, what will be his APY /APR.?
In providing this liquidity, does that mean the provision of corresponding Hive too?

This is more a question of the overall economics of SPORTS and how emissions should be controlled (ie what percentage should we emit SPORTS to content creators or non-content creators). Right now we do roughly 80% to content and roughly 20% to DAO (Liquidity providers, projects, etc) if we went with a basic adjustment to fix the issues mentioned above. I am proposing we make that an 65/35 split with content still keeping the majority but giving much more available to tools like LP rewards. While this directly affects stakeholders it's not as much of a question of APY/APR as much as it a question of where the funds go to (content vs non-content.)

You have done so much for the sport community on Hive that I'm with you my friend, the HIVE model is a good model.

Thank you for the kind words @sports.alfa! I appreciate your input and support. I'll likely publish a formal proposal to that effect soon.

Good efforts by you to have the sports community up and running. I believe your suggestions and directions you intend to head to will keep the community moving forward. Thanks for the concerns you raised about new members too.

Thanks for doing all of this. I know it is probably a hard and thankless job!

You are more than welcome! I've been blessed with a very supportive community so it's my pleasure to do what I can.